The Mirrorman was first produced by Theatre Centre in 1964. It was written and directed by the author for presentation to young school children and was toured throughout the British Isles for a year.

This is the story of a Toymaker who has a doll-that-can-walk-and-talk. One day, his life is suddenly interrupted by his reflection, the Mirrorman, who needs help and protection from a witch who is determined to steal his Book of Spells.

The characters of Toyman and Mirrorman first appeared in Brian Way’s The Storytellers (1955), although no reference is made to this in The Mirrorman (reportedly, there was a reference in an early version, but the audience and actors found it confusing).

Toyman
Mirroman, his reflection
Beauty, a doll that can walk and talk
Witch

A copy of the script (for the original radio play only) is held by the British Library. 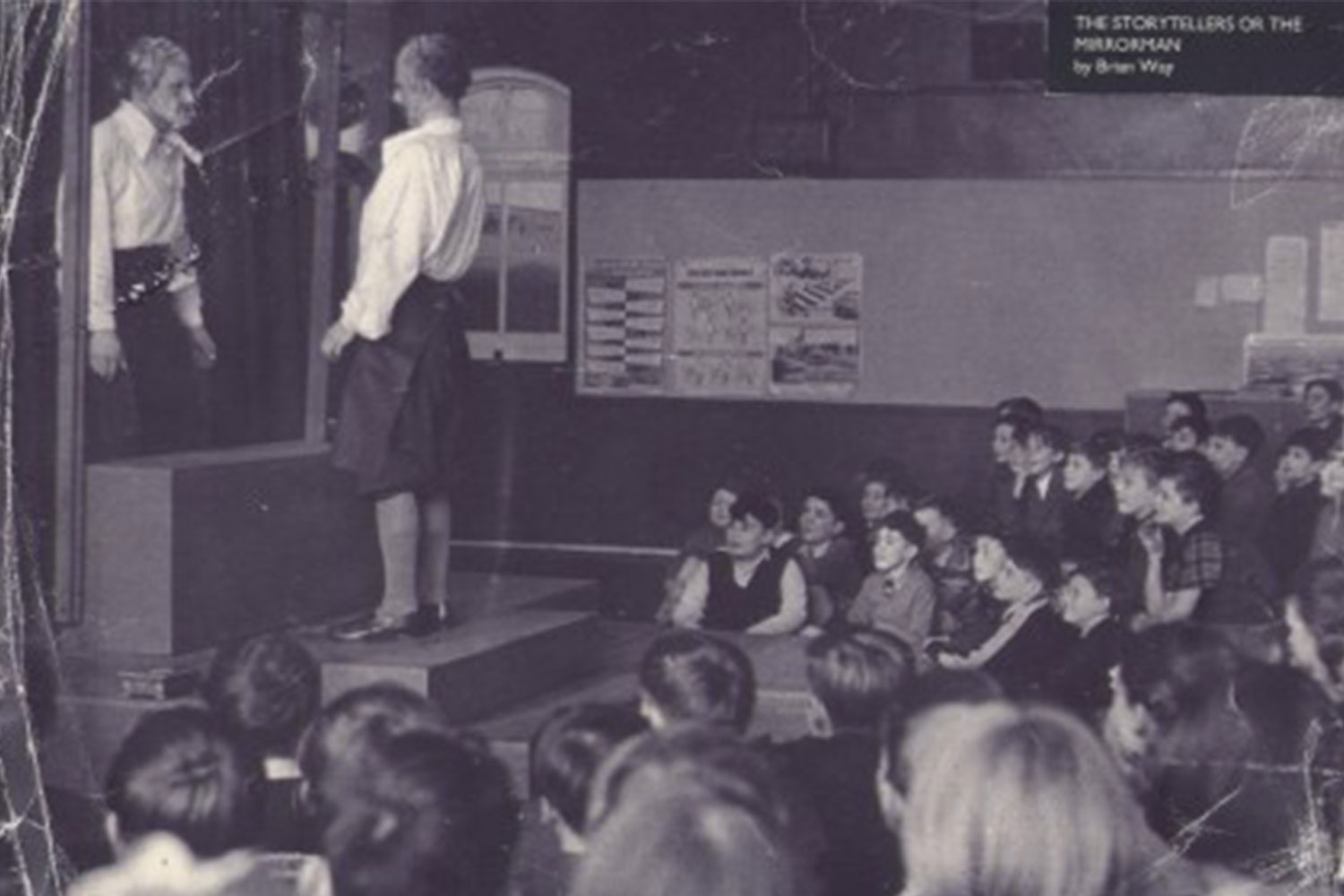 "You, my friend, are a wizard. So too am I. Between us, we are going to make the Witch look in the mirror. Remember - as long as she thinks you're a wizard she'll be more aftrain of you than you are of her."