Susumu’s Story by David Holman was commissioned by Theatre Centre and first produced by the company in 1983.

Susumu and Kiyoko are two teenagers from Japan, and are best friends. Every year Susumu celebrates Kiyoko’s birthday by bringing her precious flowers, and singing the happy birthday song. Susumu begins telling his story as a memory, once a boy with excitement and bravado, playing at being the tough soldier, as if fighting for Japan in 1945 just before the Atomic Bomb. His best friend Kiyoko is somewhat more reticent, now growing up in a country where soldiers do not come back from war the same person. 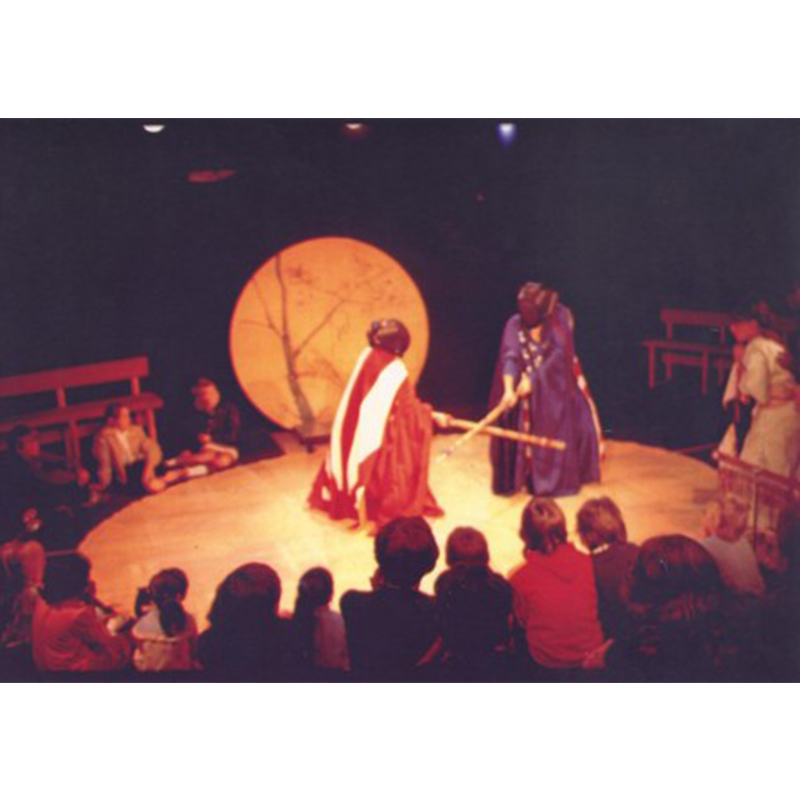