Pinocchio, a new version of the story by Carlo Collodi, was produced by Theatre Centre in 1971-72 (27 December to 15 January). The production was presented by Thurrock District Council at the Thameside Theatre.

The play was first produced by the Arena Theatre Company at Catlin’s Arcadia, Llandudno, on the 29 December 1951. This production was produced by Warren Jenkins, assisted by Brian Way.

“This Pinocchio is the simple real ‘it’s ME’ that every child will recognise, from his earliest attempts at living and walking , through his troubles, to the end. This play shows each lviing member of the audience a simple consideration of life itself, and makes possible a healthy and proper participation by all the little Pinocchios in that place; be they birds, beasts or just friends, they are by now all part of Pinocchio” Peter Slade, in his 1953 Foreword to the Dobson-published script

Thanks to Paul and Brenda Foulds for the temporary loan of a programme from which much information presented on this page has been gathered. 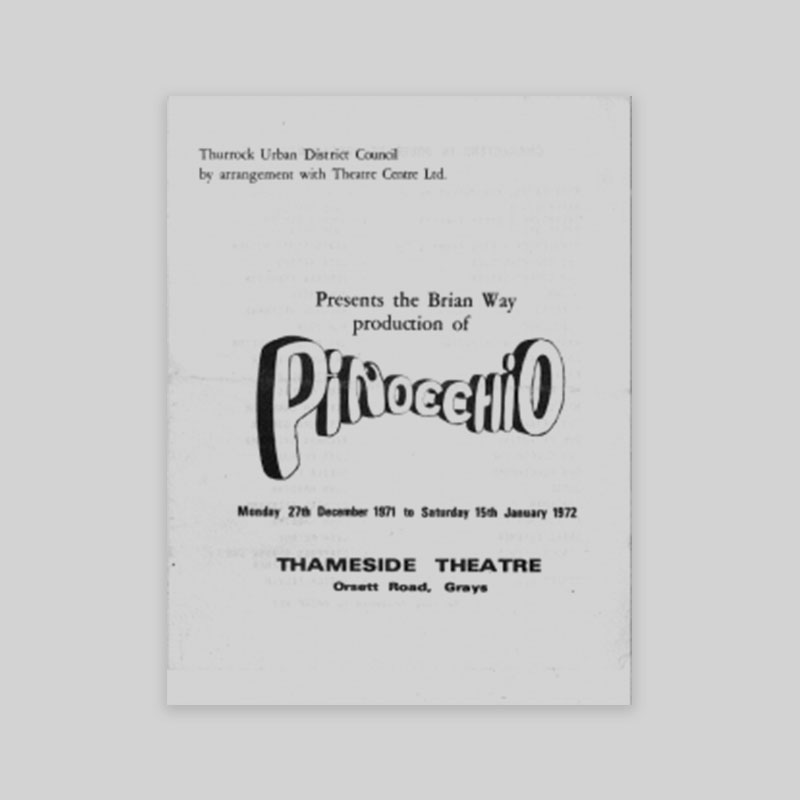 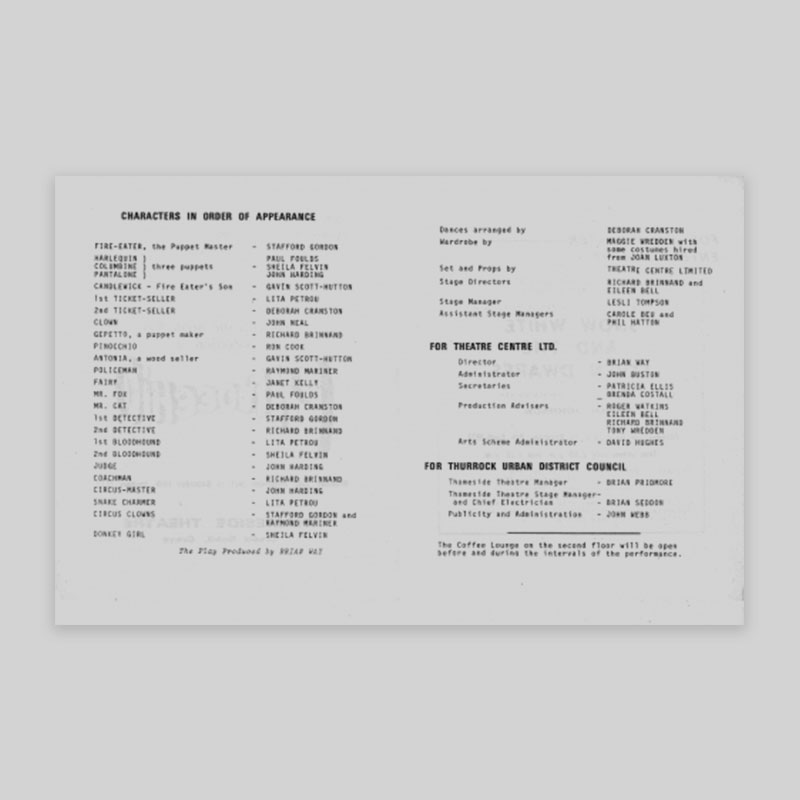 "Pinocchio, it's wonderful. Wonderful! How can I ever thank you? Now my show will be more famous than ever. Fire-Easter's Puppets, the Only Stringless Puppets in the World. Do you hear that everyone?"