ImagiNation festival: A digital patchwork of the nation

ImagiNation Festival will showcase the talent, creativity, diversity and breadth of the nation in 19 short films, a mixture of montages and stand alone pieces, featuring the highlights from the submissions we received. Following the premiere of each film, all submissions for that particular play will be made viewable and accessible in a playlist on the channel.

We have received over 160 recordings of these stories, featuring over 500 participants made up from a variety of solo pieces, groups of friends, families, schools, youth groups, charities, organisations and groups from all across the UK, including  Electric Sunshine Project, Papergang Theatre, Taking Flight Theatre, Act your Age and Crisis. We can’t wait to share these with you.

The ImagiNation plays were written by 19 of the UK’s most exciting writers:

ImagiNation is a gift for the nation to connect us so we could laugh, cry, vent, support each other and rejoice together.

ImagiNation Festival will take place over 3 days on Theatre Centre’s YouTube channel. Each day will conclude with a live stream Q&A with the writers from each festival day.

ImagiNation Festival will run Saturday 29th August to Monday 31st August, 4:30pm to 7:30pm. You can view and download the full festival schedule below. Keep an eye on this page for updates. 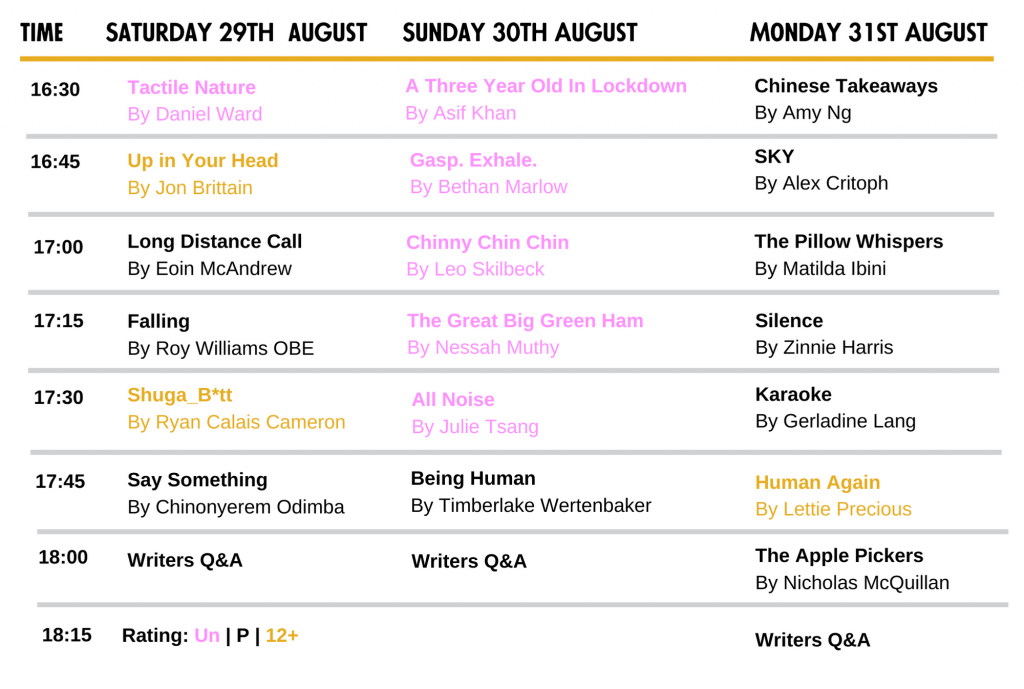