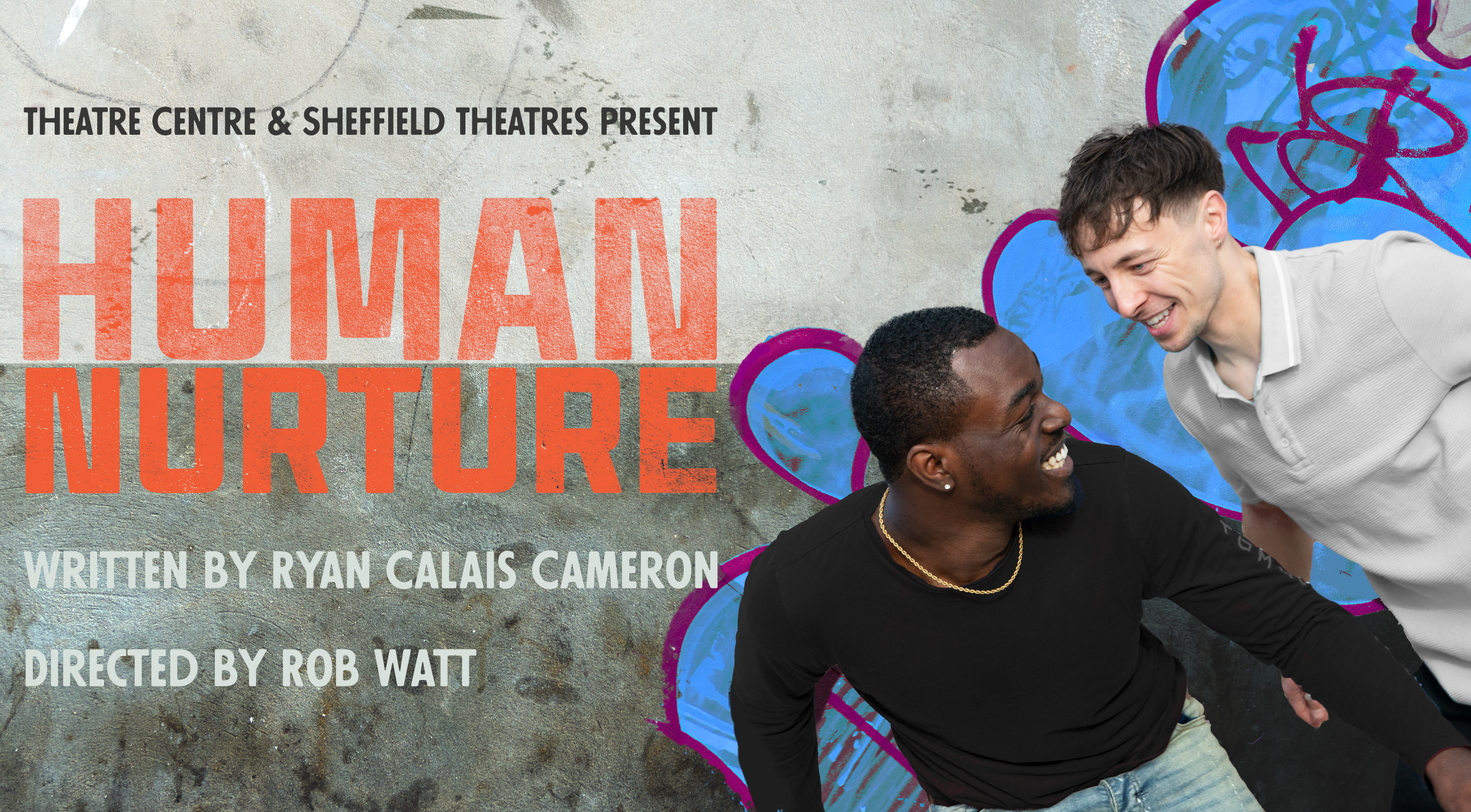 In a major new co-production between Theatre Centre and Sheffield Theatre, we are touring  this thrilling new play to venues and schools across the country.

Roger and Harry’s bond is so strong they could be brothers. They share the same food, music, computer games and even dreams, everything other than their race.

Roger is black, and Harry is white…but what does that matter, right? When Roger is re-homed, Harry is left behind in the care system, and these “brothers” grow up in different cities and at opposite ends of the UK’s social spectrum.

Then on Harry’s birthday, Runaku (Roger’s reclaimed Ugandan birth name) returns for a dream reunion that turns into a nightmare situation.

Nothing’s off-limits, from innocent primary school humiliations to race, privilege, allyship and male vulnerability. HUMAN NURTURE is a new play from Ryan Calais Cameron that is full of noise and a lot of dynamite. 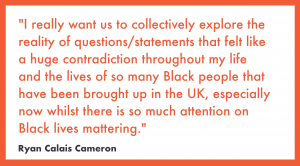