by Nona Shepphard and Bryony Lavery

Home > Archive > Getting Through

Getting Through was a musical, which was part of a project which Theatre Centre developed in conjunction with two writers and directors, Nona Shepphard and Bryony Lavery in autumn 1985. This play toured schools in Britain, presented to audiences of 9 to 13 year olds.

In Getting Through the central character is very boyish and different – while there are three other girls who are very conformist. She befriends a cleaner at school and contacts people in a parallel world who understand her problems. Much like the play Over and Out which is parallel to this, sharing the same characters and story but differing in setting. 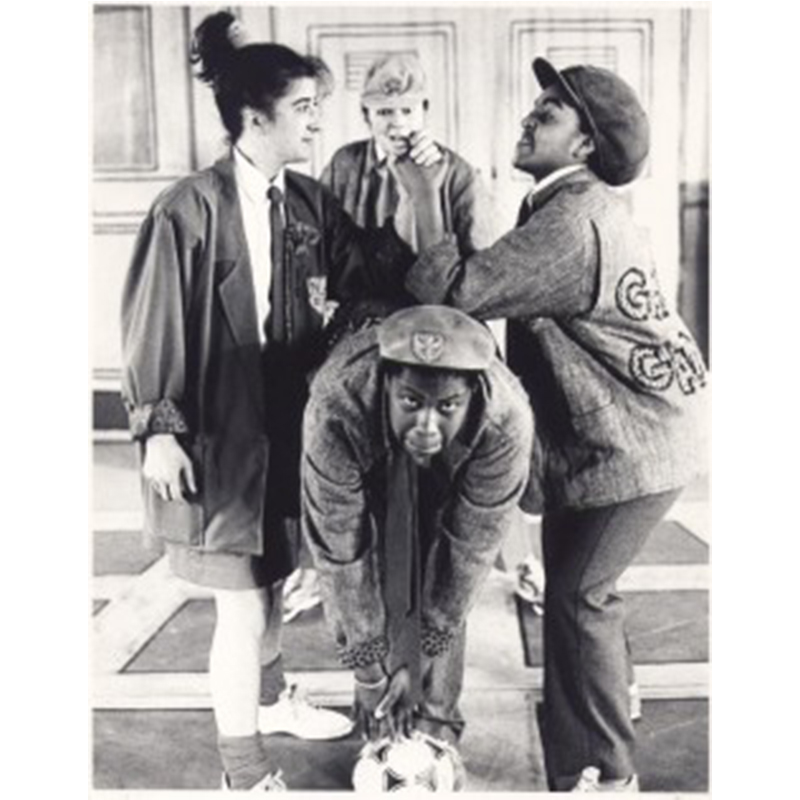