Home > About Us > People 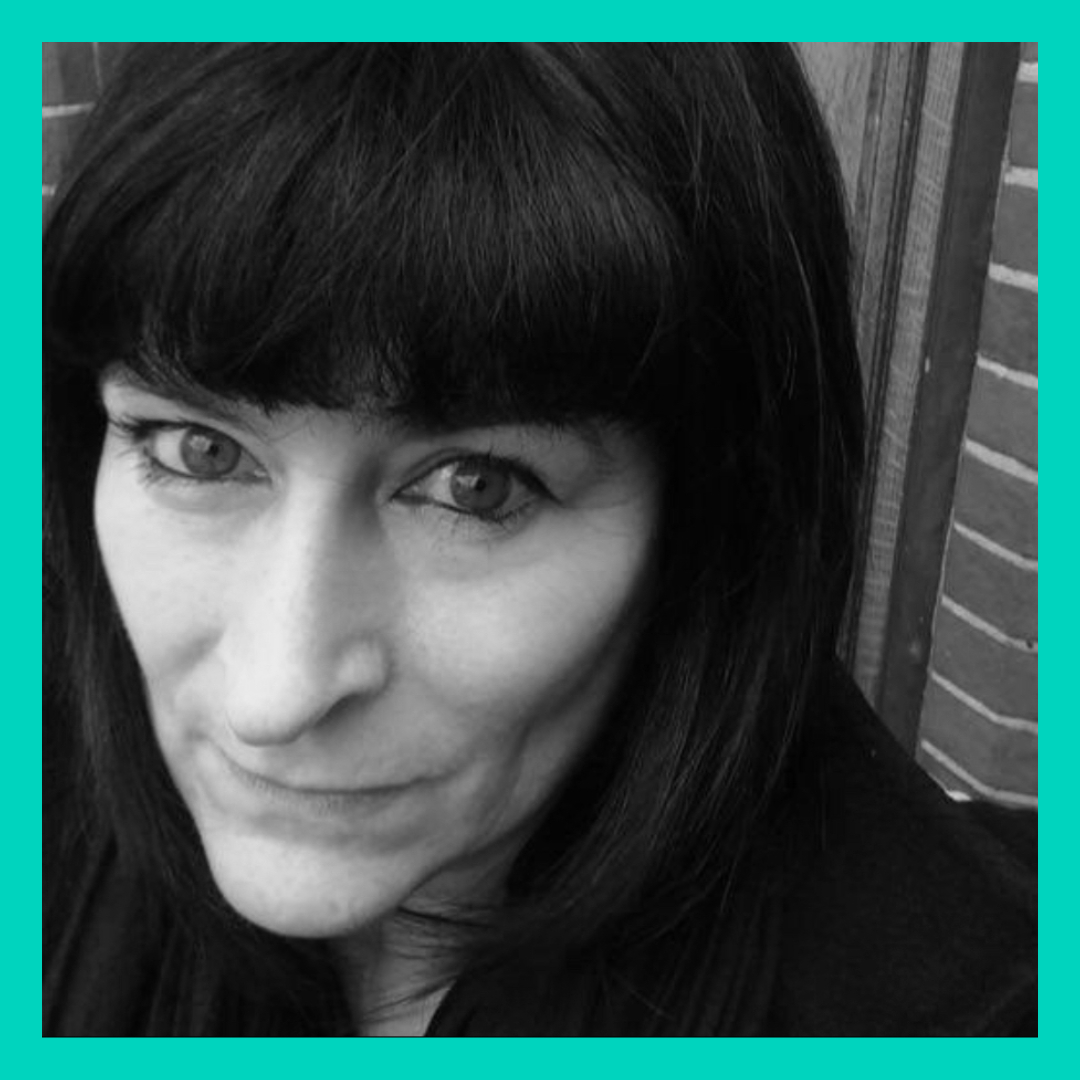 Emma is a theatre consultant, working recently with organisations including Chichester Festival Theatre, Kiln Theatre and London Theatre Consortium (LTC). Previously Director of LTC, she led on strategic projects working across the 14 member theatres, including the LTC Creative Apprenticeship programme; a sustainability programme in partnership with Julie’s Bicycle; and projects with a focus on workforce development, inclusion and representation . She also undertook an extended secondment as Senior Relationship Manager, Theatre in the London office of Arts Council England.

She has many years of experience at senior management level in theatres and touring companies with responsibility for strategic development, finance and funding, producing, tour booking and management, marketing and administration. She has also worked on several independent theatre and film projects in management and producing roles.

Emma has served on many boards and advisory bodies, including serving as co-Chair of the Independent Theatre Council, and is currently Parent Governor of a local primary school. She lectures on theatre and performing arts administration and was a visiting lecturer at London South Bank University for nine years. 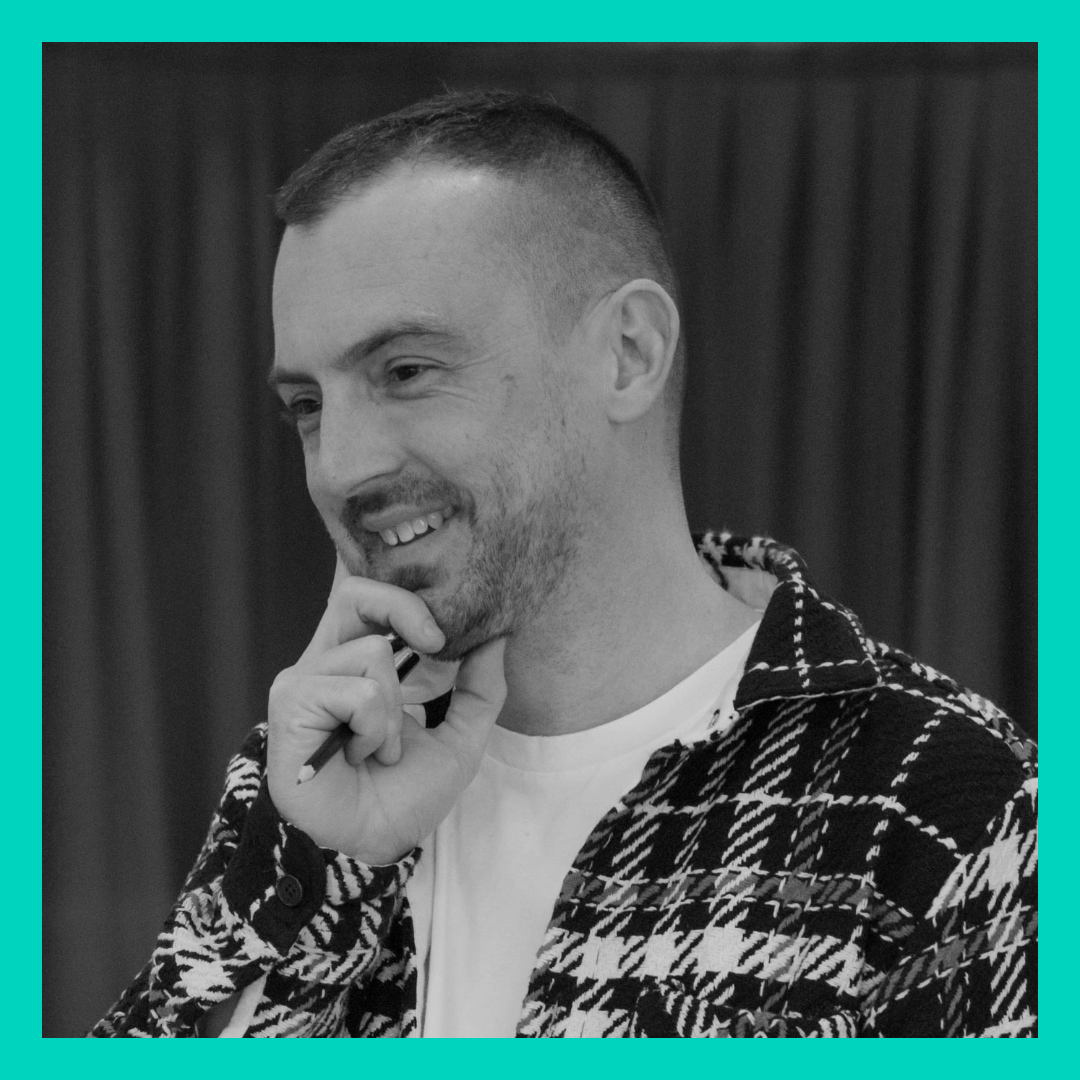 Rob is a critically acclaimed director, dramaturg and facilitator. He collaborate with writers, communities, poets, designers to try to make sense of the fractured world we live in. He is dedicated to working with young people to help them tell stories, understand how to access theatre and to make resonant and risk taking work. He started his career working on Hackney estates; taking theatre to the doorsteps of communities in East London.

He currently works as an Associate at Headlong Theatre, regularly teaches at the Royal Central School of Speech and Drama and makes work with the Institute of the Arts Barcelona. He previously headed up the young people’s team at the National Theatre, was a Lead Artist at Lyric Hammersmith, an Artist Mentor at the Barbican and was Associate Director at Immediate Theatre.

Theatre, at its best, is a dialogue, it’s democratic, it’s shapeshifting and powerful. It uncovers and dissects the crunchy, oblique and often difficult situations that are happening in our world. It should not just talk about the world, but try to save it. Rob aims to make work that does just this. 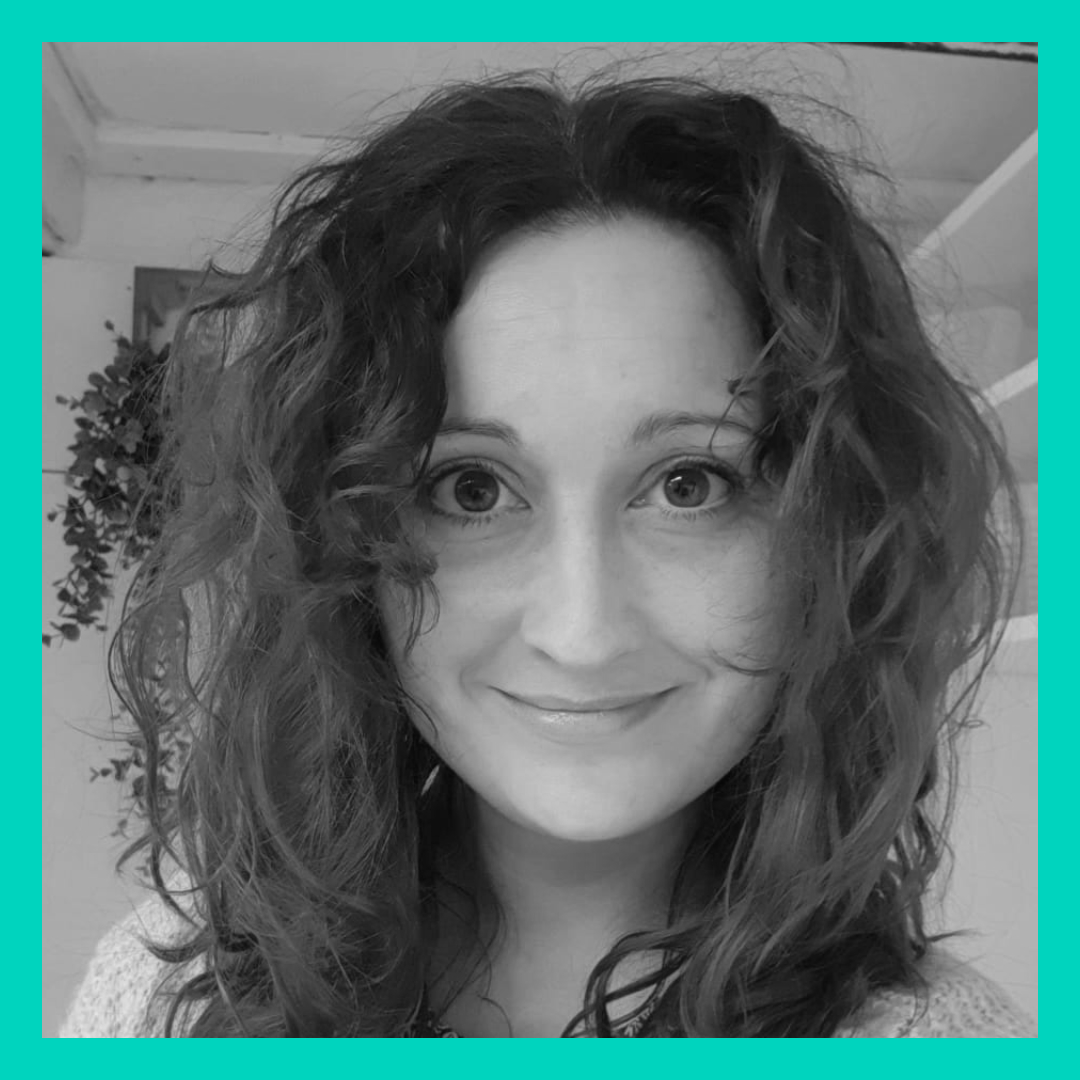 Hannah studied Theatre, Film & Television studies at The University of Wales, Aberystwyth and has over 20 years’ experience working with young people in education. She is a qualified drama teacher and was Head of Drama at an outstanding secondary school in Manchester for 8 years. She has experience of teaching A Level Drama, GCSE Drama, GCSE Performing Arts, LAMDA examinations and the Arts Award and has worked in special needs schools, mainstream schools and a private drama school.

Hannah is also a trained facilitator for improving teaching practice and has supported both NQTs and experienced teachers with their professional development across a wide range of subject areas. She also trained with Ambition Institute to increase leadership impact in challenging schools and improve pupil outcomes. Throughout her career she has been committed to championing the right for all children to have a high quality and meaningful arts and cultural education.

Niamh has a BA in Drama and Theatre Arts from Goldsmiths University of London. It was through her degree that she first interacted with Theatre Centre, completing a work placement with the company in 2017.  Niamh has remained part of the Theatre Centre team in varying roles as a TC Ambassador and now as our Programme and Admin Coordinator.

Niamh is also a freelance Theatre Director, Poet,  co-creator of the company Ghosted Ink: Arts Collective and is a member of the Stage Sight Committee. 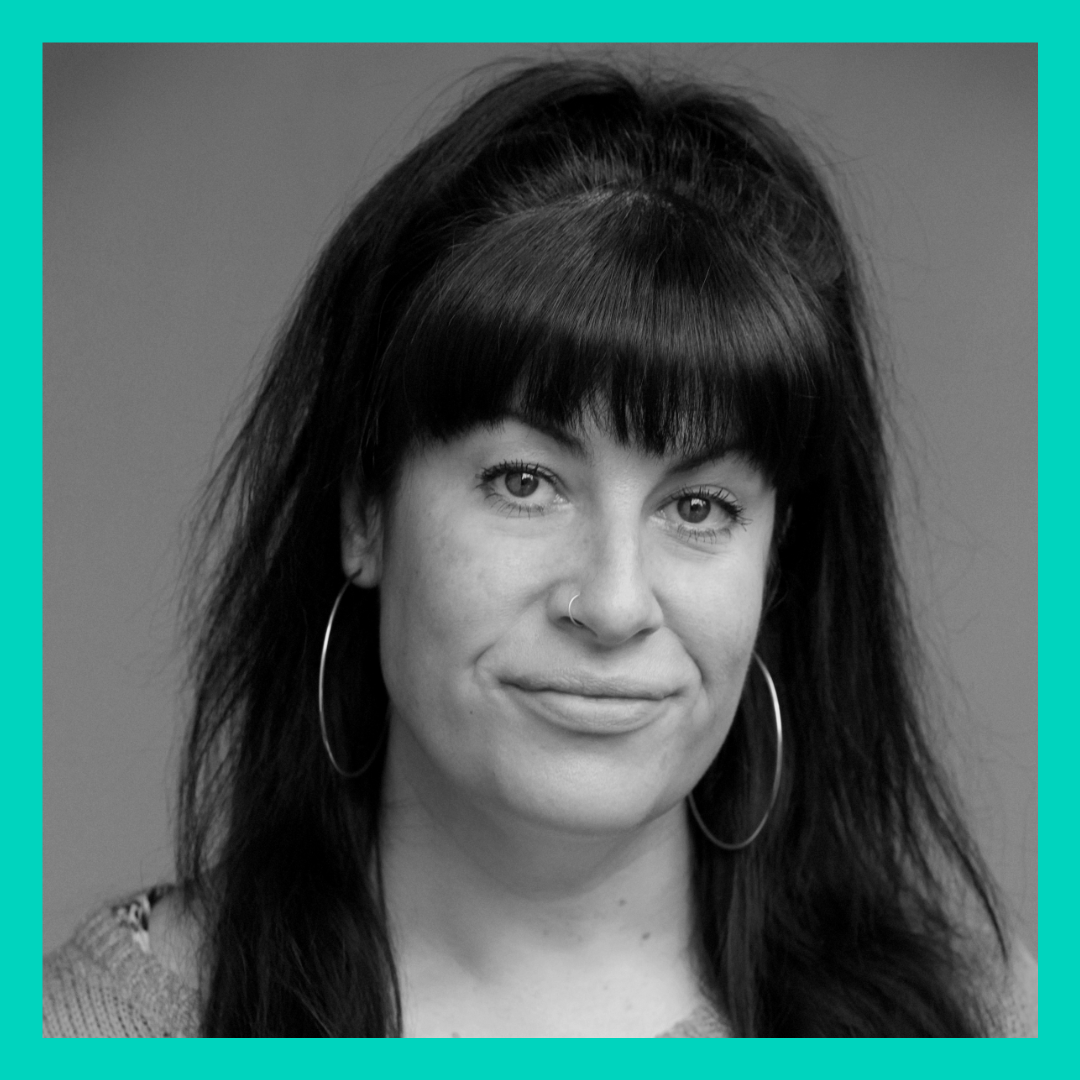 She trained at East 15 Acting School, graduating in 2000 and having her son shortly afterwards. Libby’s work has been described as “funny, frank and authentic” and she champions socially vigorous work that interrogates stereotypes.

Libby is best known for her acclaimed solo show MUVVAHOOD, a unique show that mixes verbatim, autobiographical stand up and TED Talk to address the stigma surrounding single mothers. As a result of her work challenging stereotypes of single motherhood, Libby appeared as a regular guest panelist on BBC Radio London’s Simon Lederman show. She has also featured on Radio 4 and Radio 5. She has written for The Stage, the Evening Standard, Standard Issue and The Guardian.

Libby’s third play, FIGHTER, premiered at Stratford Circus Arts Centre in April 2019. FIGHTER is based on Libby’s personal experience as a boxer and the struggles that female boxers have faced in a male dominated sport.

Even throughout the pandemic, Libby has remained active, working as a freelance producer, actor and writer. In late 2021 she starred as dodgy Erica in EASTENDERS, and co-wrote EVERY PERSON WANDERING for BBC Radio 4 commission alongside Cardboard Citizens.

Alongside Libby’s work as an actor and writer, she is a freelance producer, educational consultant and facilitator with in excess of 20 years experience working with young people and schools. She’s passionate about ensuring that all young people have access to great theatre experiences. Since late 2019 she’s been a core member of HighRise Theatre as a producer and project manager. She joined the Theatre Centre team in 2021. 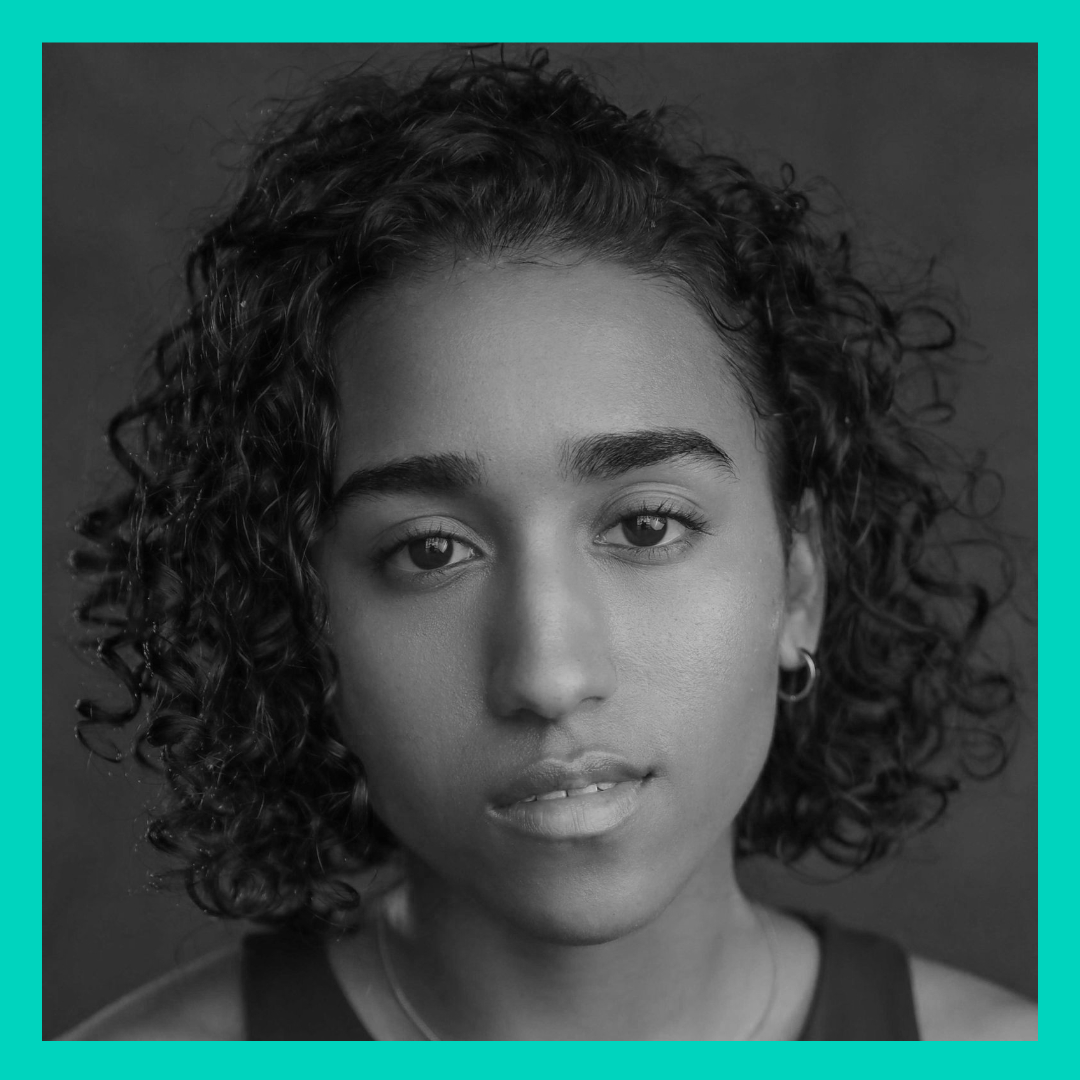 Monay Thomas is an actor, writer and theatre-maker from South East London. She is an Associate Artist at Sounds Like Chaos Theatre Company, a member of the National Youth Theatre and the BFI Film Academy. Monay is currently studying at The London School of Economics and Political Science for a degree in Anthropology and Law.